About FNF Vs. Void

FNF Vs. Void (Friday Night Funkin') is a week-long FNF mod in which A.C. Void, a pop star engaged in intense combat, challenges Boyfriend to a battle of musical rhythms.

Let the notes of a theme song with magical chords slide down your throat as you play it perfectly. Your opponent is going to be shocked. Don't let a small mistake cause you to lose this showdown. Use the microphone as hard as you can.

This week, Void will challenge you to "Ultraviolet" and "Gravity," two of his own songs. And if you keep winning, the last song "Singularity" will be a nice concert. You can't ignore music shows that are busy and have bright lights shining on them.

Also, this Friday Night Funkin Mods online mod has another song called "Security" in the freeplay menu. You might also find another famous person hidden in this menu. Try to find out who he is and enjoy "Stardust," which is another really fun song.
Many gamers have been getting antsy since the FNF new game release date. This is because the songs are so catchy and the stories between music stars are so interesting. You will be a part of the band and put on great shows for the crowd. Are you ready? 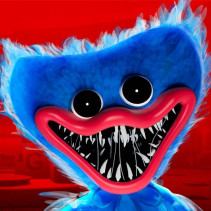